Restoration projects are as much about people as they are about wildlife habitats. The ongoing restoration of Travis Wetland involves the work and support of countless volunteers, citizens and visitors. 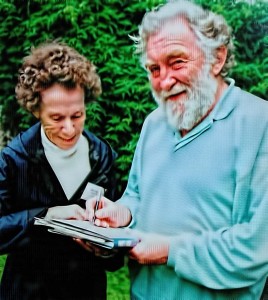 Anne Flanagan Dell is the site of the Trust’s first restoration plantings in the early 1990s. It is named after the founder of the original group of dedicated people who began the fight to protect the swamp. Becoming inaugural chair of the Trust in 1992 Anne Flanagan died in 1994 before the remaining part of the the swamp was bought by the City Council and protected as a nature heritage park. 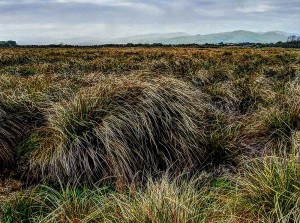 Volunteers had already spent more than 400 hours clearing willows, gorse, and blackberry by 1992, halting the invasion of

the entire wetland by woody weeds. They then started planting hundreds of manuka seedlings. Unfortunately, the manuka blight has since taken its toll.

The White-faced Heron is found throughout most of Australasia and self introduced itself into New Zealand in the 1940’s and is now the most common heron in the country.

They can be found almost anywhere near shallow water, fresh or salt.

White-faced Heron nest in trees favoring the tops of Macrocrpa and pines that are close to water.