Keeping barriers between people and protected wildlife unobtrusive but effective is an important restoration issue.

These open wetland vistas enhance the lifestyle of the people living here.

Native shrubs create a buffer between houses and the stream side plantings. 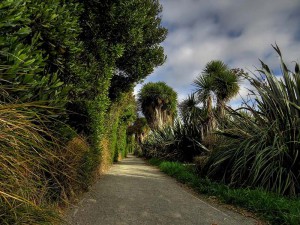 Maintaining both an effective buffer and the vista without conspicuous pruning is an ongoing challenge for the Trust and its neighbours.

Angela Stream acts as a deep moat that helps deter cats from venturing too far into the swamp. 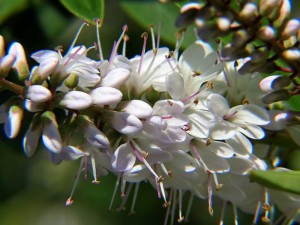 Canada Geese were introduced into New Zealand in 1905 as a game bird.

The initial release was 50 birds, the population is now 60,000 birds around 2/3 of which live in the South Island.

These herbivorous birds have both an ecological and economic impact on farmland.