Skip to content
Home » About Travis » History » Interview with Bruce Bunny about his early memories of what is now Travis Wetland.

Interview with Bruce Bunny about his early memories of what is now Travis Wetland.

The interview was conducted by Charlie Catt of TWT on the 28 April 2016.

Bruce lived in Ascot Ave., which was near to what was then the farm owned by the Floreance family, in particular Gus and Nan and Gus’s brother Auburn. Gus and Nan lived in the main farm house, which is now the Education Centre, while Auburn lived in a house in what was called Racecourse Rd but which is now Bower Ave.

His first contact with the farm came about when his brother worked there for a few years after leaving school. Bruce also worked on the farm for three or four years, starting as a 10-year-old in the late 1930’s, but this was only during school summer holidays. His tasks included helping with haymaking, herding the cows in for milking, delivering milk by horse and cart to households in the area and digging up turnips and mangles (for fodder), which were grown near the farm buildings. He remembers the farm paddocks being to the west of the homestead (now the Education Centre) and grass for hay being grown to the east of the homestead. Bruce enjoyed the work that he did, but an additional perk was that he was allowed to use the horses to go riding in the area at weekends, and he also noted that the Floreance brothers made some of the farm horses available for injured returned servicemen to ride.

Bruce said that the farm was divided into paddocks with much of what is now wetland, being drained for farm use although there were still some boggy areas. He noted that from his recent visits to the area that there have been major changes to the land use, for example he remembers lupins, gorse and broom growing on the sandy areas near Mairehau Rd and cows being grazed in that area. There were a few small areas of native vegetation but only a few cabbage trees and toi-toi.

He fondly remembered receiving homemade scones with fresh cream and drinks that were brought to the paddocks in milk cans while they were making hay and silage. Typically, four or five men were involved in the hay making process; one man would get the hay raked into rows, another would feed the hay into the baler and the bales would be carted off in a sledge. All these machines were horse-drawn.

Although there was an element of danger in the work Bruce did, he thoroughly enjoyed what he did, and he also enjoyed a recent visit to Travis Wetland, especially looking out from the bird hide. He noted that the biggest changes had been the encroachment of houses around the periphery of the wetland and the changes in vegetation and land use, but the farm house and barns are much as he remembers them. 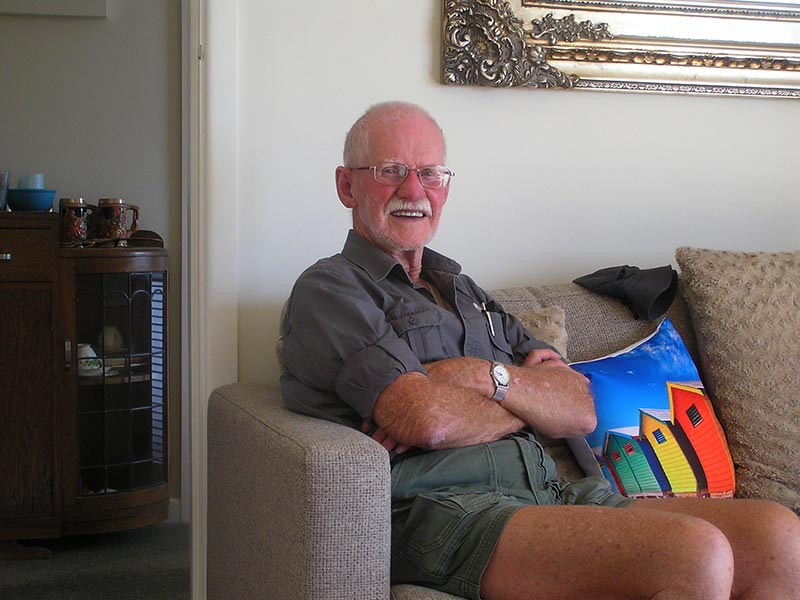