Every year on February 2nd  World Wetlands Day is celebrated.

It marks the adoption of the Ramsar Convention in Iran in 1971.

Currently there are 2,243 Ramsar sites world wide covering a total surface area of 216,338,080 ha, this is an area slightly larger than Mexico !

This year to mark the day the Travis Trust will be combining with Avon-Ōtākaro Network  for a walk from the Travis education center to the Mahinga Kai Exemplar on Anzac Drive.

There will be members from both groups there to talk and answer questions.

Bring drinks and nibbles if you want to. 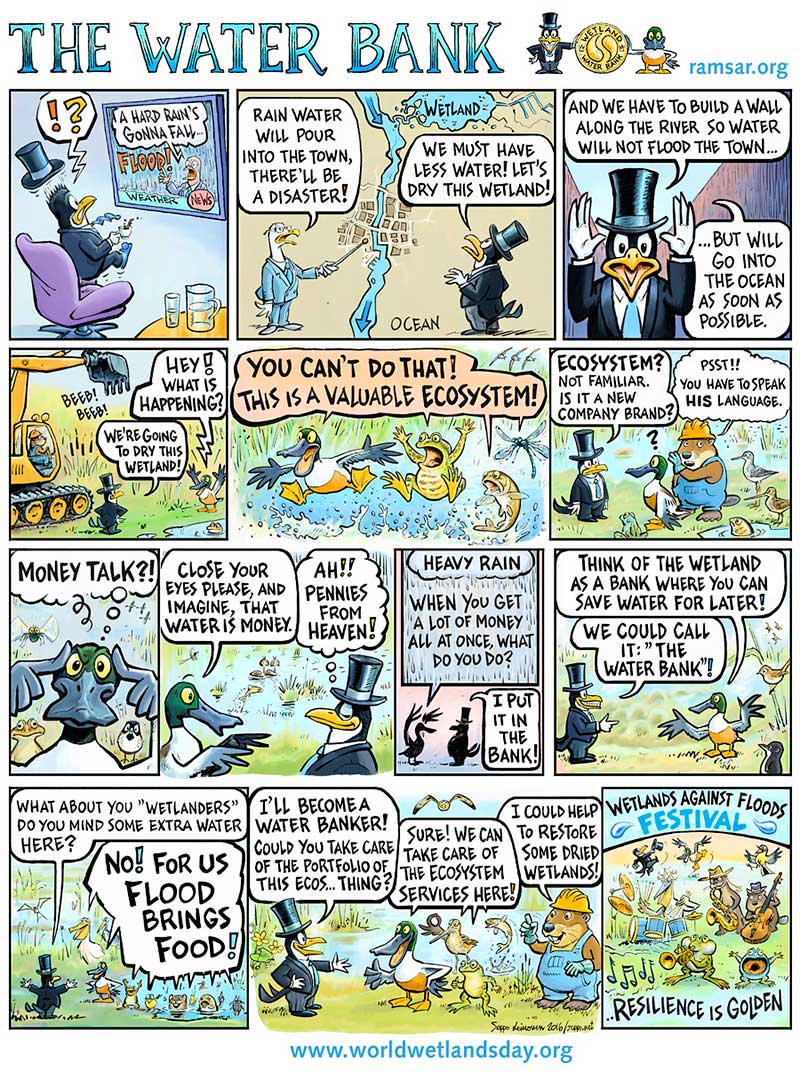 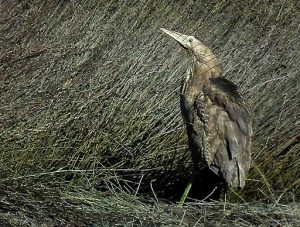 At the Travis AGM last October Dr Emma Williams spoke about her work on the monitoring of cryptic species, in particular the Australasian bittern (Matuku, Botaurus poiciloptilus).
The bittern is classed as nationally critical and with a population in NZ that may be less than 1000 it is much more rare than brown kiwi !
Not at Travis, however, as the bittern is known to live and breed here.
Last year two juveniles walked out of the swamp one onto a property along Travis Country Drive, the other was found beside Frosts Rd.
They were hungry and looking for food and a territory of their own.
After rehabilitation they were released at Te Rauakaaka wetland, north of Christchurch.
Subsequently one flew south to the Milford huts at the mouth of the Opihi river. Unfortunately she starved to death there.
The location of the other is currently unknown.
Adult birds continue to be seen at Travis, predominantly in the winter, but ranger Kenny Rose heard a male booming at Travis in December 2016.
This indicates that they may be breeding here again in the 2016/17 season.

Not a great deal is known about bittern as they are inconspicuous, secretive and shy.
With the continuing drainage of wetlands around the country bittern struggle to find suitable habitat.
They need shallow water at a stable level.
Tidal areas can be attractive to them, because with the water level cycling it can be at a suitable level up to 4 times a day.
Seasonal changes cause them to move around seeking appropriate food and habitat.
They like to nest in raupo and sedges, and that’s where they fly when disturbed at Travis.
The males produce a sequence of 1 – 10 booms at regular intervals.
The most common time for booming is around sunrise or sunset, from September to November.
However, when Kenny heard the boom at Travis it was during the day in December, so keep your ears open for them and please let us know if you hear one.

Read more about bitterns and Emma’s research in this recent article in Hawkes Bay Today. 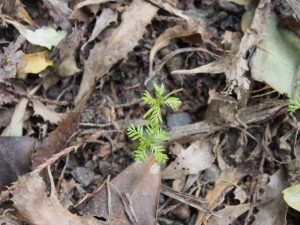 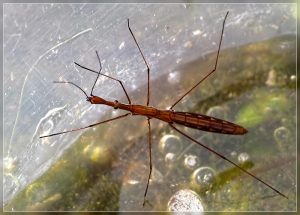 An elongated head and stick like body make Water Measurers hard to confuse with any other aquatic insect.
They are predators feeding on other dead and dying pond invertebrates.
They live round the margins of wetland ponds and use the vegetation found there to lay their eggs above the water.
This is the first record for Travis. 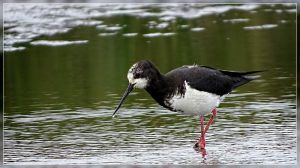 This hybrid Pied x Black Stilt was found out the back water lagoon area of Travis.
It had a Pied Stilt partner and two kids.
While not common hybrid stilt are found scattered through wetlands NZ wide.
Unlike some species both male and female hybrids can breed and have even been seen paired up.