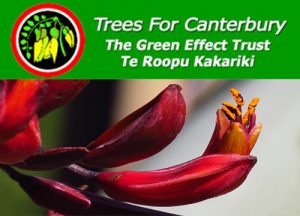 Bar-B-Q afterwards for those that want to stay for a chat. 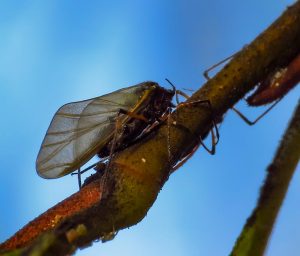 The Giant Willow Aphid was first found in Auckland in December 2013 and has now spread through the country. Willow trees (Salix species) are its primary host plant. It is a pest for honey producers, some sheep farmers and willows on river banks; heavy infestations of giant willow aphids can weaken trees and kill branches.

The aphid is in the Hemiptera family (the true bugs) they have sucking mouth parts which they use to pierce the plant and then suck up the sap. The aphid excretes excess sap creating what is called honeydew. A sooty mould fungi grows on the honeydew that is excreted covering willow leaves and other vegetation turning them black. The honeydew also attracts other insects namely ants, bees and wasps. A type of sugar in the honeydew can cause problems for honey producers. Sheep sheltering under willow trees can become sticky with honeydew which becomes contaminated with soil and lowers the value of the wool clip.

Adult giant willow aphids are one of the largest aphids in the world with a body length of 5.0-5.8 mm. All giant willow aphids in New Zealand are known to be female they can be winged or wingless. When a colony of aphids is disturbed or feel they are in danger such as waving a hand near them, they lift and wave their hind legs. 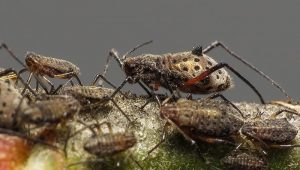 This aphid was first sighted on willow trees in Travis Wetland April 2016. The main concern regarding the giant willow aphid at Travis Wetland is that wasps feed on the honeydew and can be present in large numbers. There is an increased danger of people being stung. The Vespula species of wasps (Common and German wasps) are regarded as pests; they eat native insects and compete with honey bees and native birds for food.

It will not be practical to control the giant willow aphid by insecticides at Travis Wetland. The only predator of the aphid in New Zealand are ladybirds which have been ineffective until the discovery of the harlequin ladybird; again, in Auckland. This ladybird is also an introduced organism and is considered an invasive species in many countries. Both adults and larvae readily feed on the giant willow aphids and could appear to be a useful biological control. However, the ladybird has a huge appetite and can out compete native ladybirds. Wasp parasitoids of giant willow aphid are known in East Asia and one has been identified as a candidate for release into New Zealand. Rigorous host testing will be required before any release of this parasitoid into the country.

Be aware this summer when you are walking around the Wetland, especially near willows, that wasp populations could be high. For more information on the Giant Willow Aphid read the following factsheet.