Snippets from the AGM 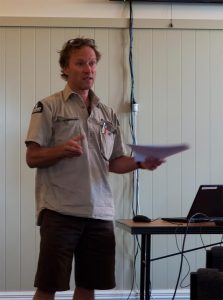 Many thanks to the Travis Wetland Trust for another productive year from Kenny and myself. Thank you all for your volunteering your time at workdays, meetings and during the week. The passion and commitment of the Trust and everyone involved with Travis is very inspiring we enjoy the conversations and sharing of ideas learning.

Many thanks to Craig Taylor and the IDEAS (IHC) Conservation Work Team and to the Wai-Ora Trust conservation work teams for maintaining our amenity and planted areas. I would also like to thank Steve and Robin at Trees For Canterbury for their continued support and annual donation of plants.

The 2015/16 summer was the fourth season that NO RUDD were caught, because of this only one control fish in February 2017 is planned for this summer. 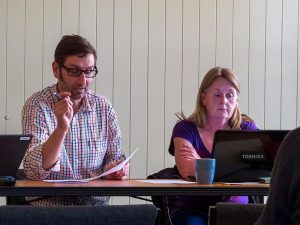 Another year gone by – seemingly in a bit of a blur. a lot has been going on again at Travis

Income and expenditure for the last financial year were almost exactly balanced with a surplus of $29.

The only other big item of income was $800 of interest on a term deposit.

The major item of expenditure was $2417 on plants, nearly all from Trees for Canterbury.